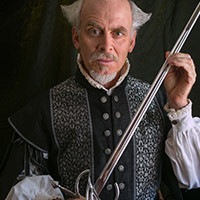 Russell Preston Brown is the Principal Creative Director at Adobe Systems Incorporated and an Emmy Award-winning instructor. He uses Adobe products to combine the worlds of design and software development. In his 29 year Adobe career, he’s contributed to the evolution of Adobe Photoshop with feature enhancements, advanced scripts, and most recently, Adobe Photoshop panel development. Brown’s extensive design knowledge and zany presentation style have won him a devoted following among users of all levels. Via his entertaining series of Photoshop Tips and Tricks, Brown tests the creative limits of Adobe tools for an audience that includes art directors, designers, photographers, artists, and other creative professionals. His tips appear on the web at tv.adobe.com andwww.russellbrown.com.